The site for this evolved from a concept earlier on the year used to start building support for the team prior to the World Cup
At it’s heart it is a site that aggregates, celebrates and empowers our fans to get involved and get behind the team. This platform expanded to align with the new idea of making the team giants in a cartoon world.

The back end not only powered a website but also powered online display, dynamic digital outdoor, and event screens with the support totaliser, and recent moderated content, and newly created avatars

As part of the site, user could connect via any combination of the top 3 social channels and get a rating on how much of a supporter they are, and in context to the social channels they have connected with we will give them england rugby relevant hashtags and people to follow.

The avatar maker was a mobile first, responsive UI capable of loading enough assets and variables of size, position, and colour to give us over 300,000 combinations. From the off I wanted us to achive something new in the saturated avatar maker category. It seemed even the nicest examples weren’t exploring the UI and certainly weren’t thinking about mobile first or how to get Touch UI as part of the experience. From a lot of research I was inspired not by avatar makers but mobile apps that allowed you to get data and control the real world, like Nike Fuelband, Hue and Hive. I was convinced a circular mechanic would feel more natural and playful, and quicker for the user to achieve variation. Originally this mechanic would have worked smooth and more like a dial than it does now, but that is why we do testing and Proof of concepts 😉 – the mechanic still works but for the sake of browser compatibility we simplified it’s touch interactions. 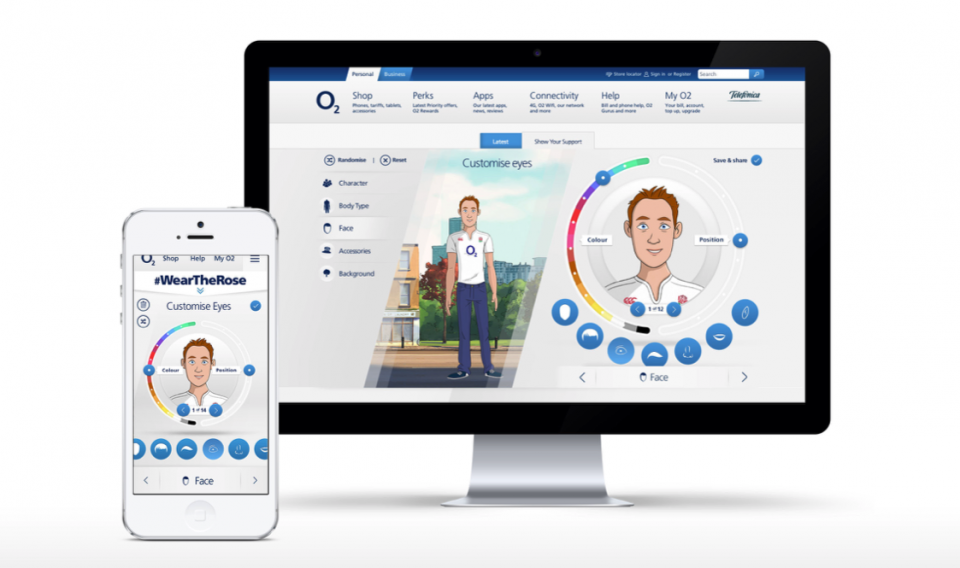 Why did we have an avatar maker? It allowed fans to become one of the fans seen in the TVC world. Without them, the players don’t become giants. The giants are actually secondary to the fans, and this is why the avatar maker was the most relevant thing we could have done.
The challenge was create enough variation to cover all types of people. But everything had to start from the same generic person. 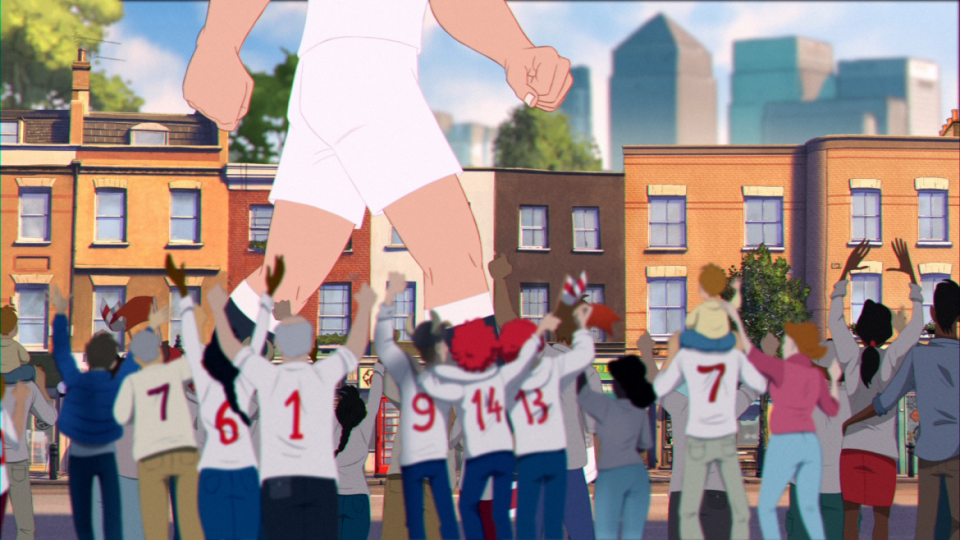