To support activity around the olympics and getting kids involved – everyones favourite burger maker created a Happy Meal optimised digital experience. Our role in this project was not to design or UX the site but to build it and create the thank you “cut scenes” which happen when a child had “Powered the rainbow” using their happy meal pedometers.

The agency we were commissioned by had sold in some loose storyboards of what these scenes should be roughly. But there had been no real art direction set. This is where I was given an opportunity…

My main creative involvement was the art direction of the Thank you cut scene animations, and the optimising of site UX due to it being fundamentally flawed early on. So this needed a large of amount of fixing and manipulation as the project rolled on.
The team of these cut scenes was myself, a freelance animator, and a freelance sound designer. 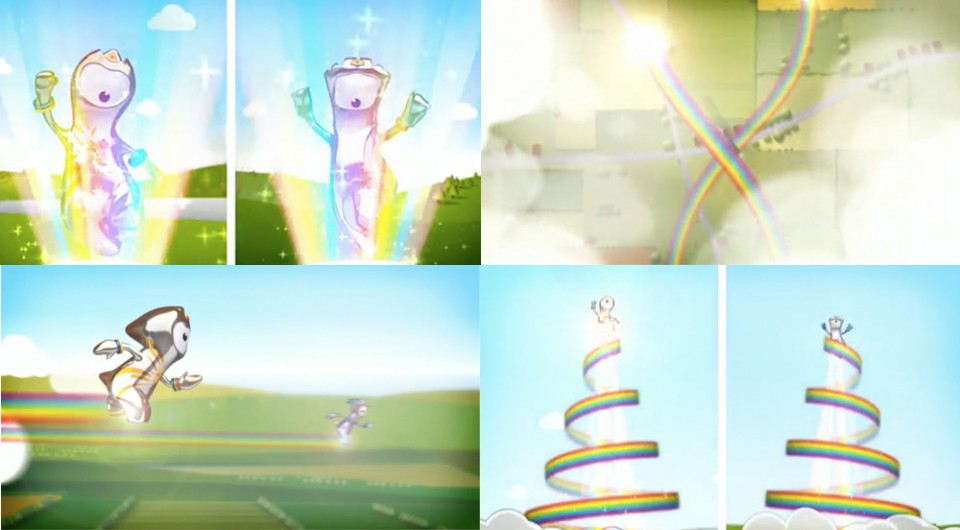 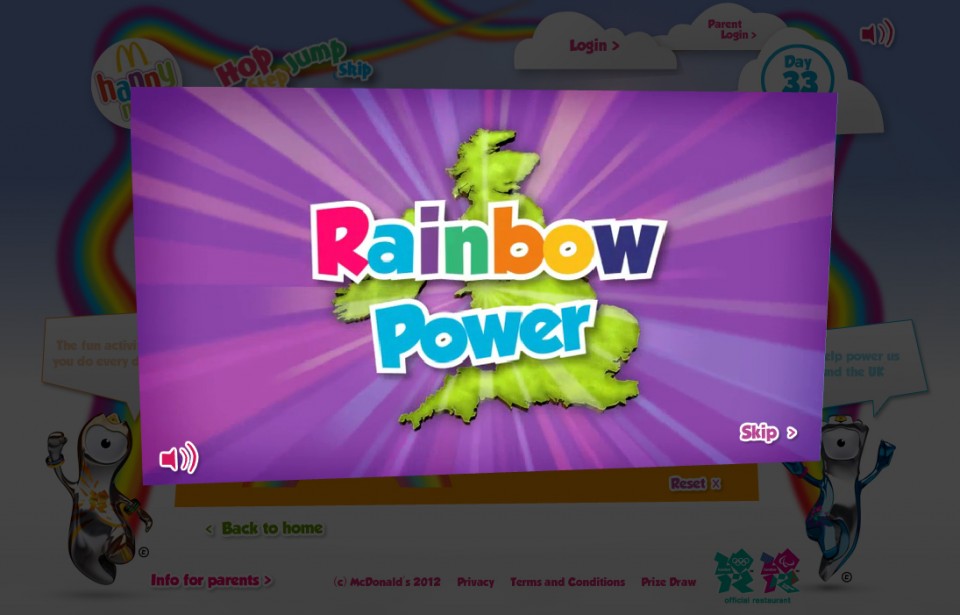 How you got to the animations

Myself or my place of work at the time, did not have anything to do with the overall design, copy and art direction of the site itself.

We had to help the agency with IA and UX quite a lot due to an ever evolving landscape caused by a few hiccups and pit falls in the initial idea, and then a raft of ever changing legal requirements as the project developed. I ended up making site maps and user flows out of numerous print outs as design progressed and used string for the lines to link pages… this meant for a very flexible and adaptable way of working, which helped to show the agency and client quickly and clearly the issues or missing elements to a journey and how it could be fixed.