This was a site to celebrate the devoted fans of Toberlone, and their sometimes unusual methods of enjoying the world most usually shaped chocolate. The result was the world largest socially powered digital bar of Toberlone. Each Toberlone fan had a chunk for each contribution they made. And this could be tagged and rated by other fans. The beautify of the site was all elements could be made in the real world. All the characters used for titles, for example, where originally made from actual foil form the bars, and other UI elements where based on other elements of packaging.

Taking the art direction Mr Wavish established for the campaign, I created the page designs and animations for this User Generated Content based site for Kraft through Ogilvy. We also worked with Capture, who created the lovely 3D chunks of chocolate. 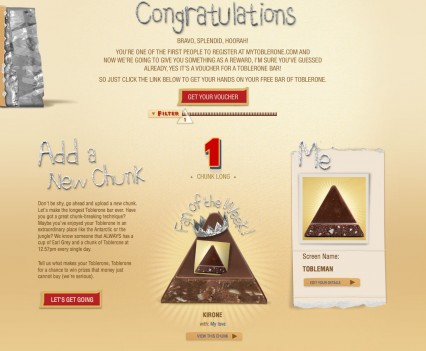 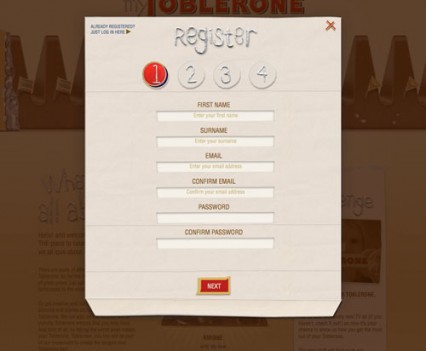 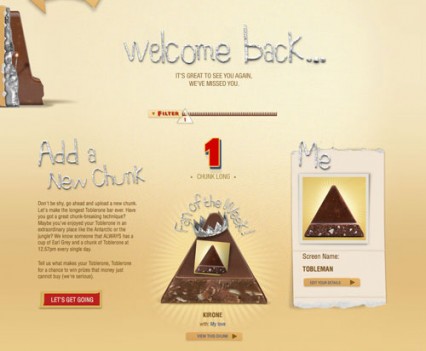 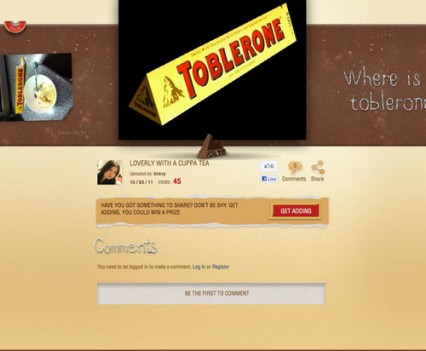 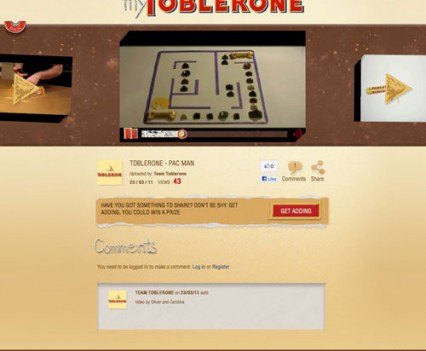 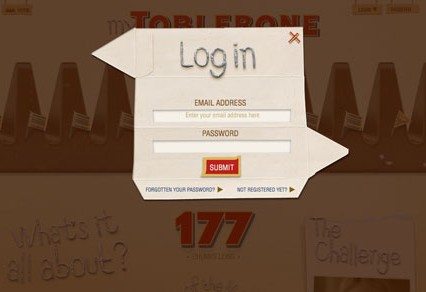 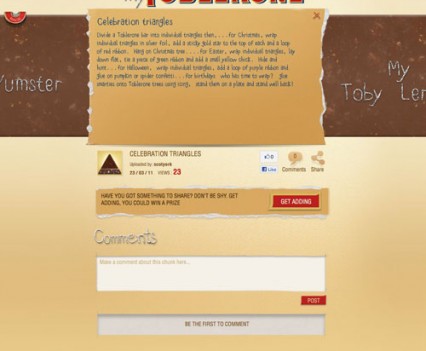 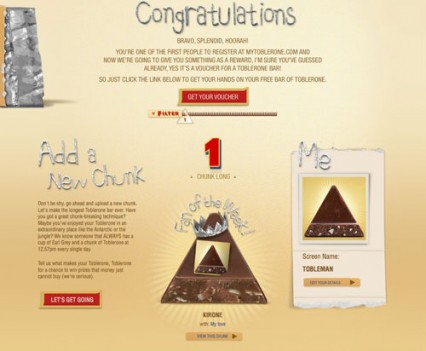 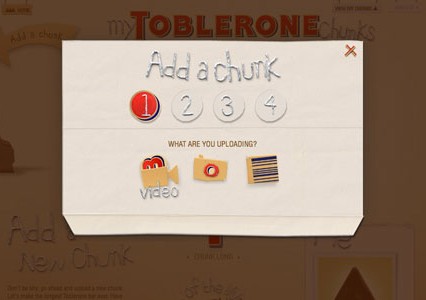 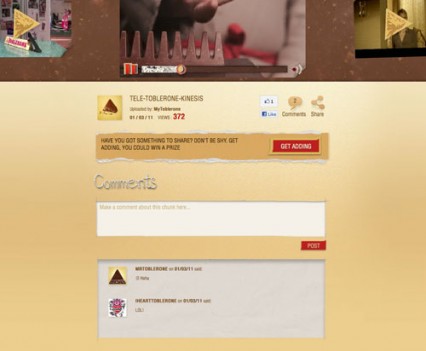 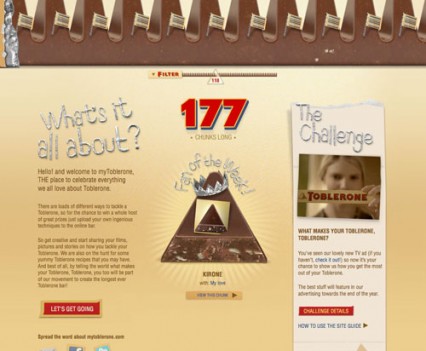 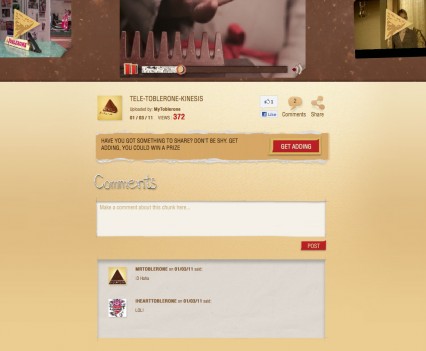 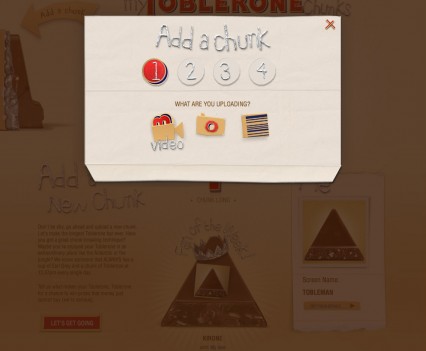 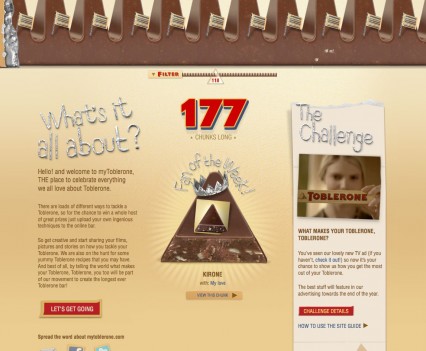 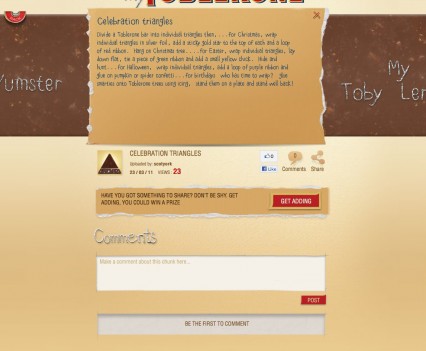 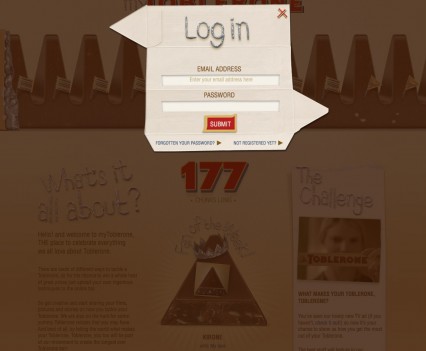 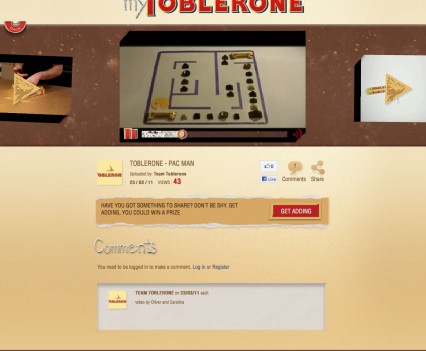 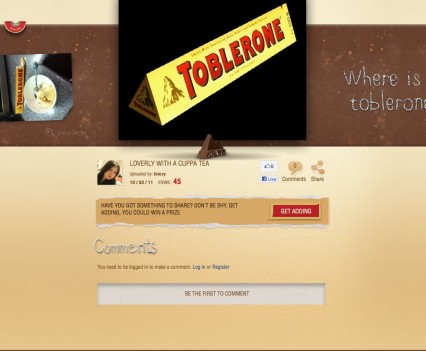 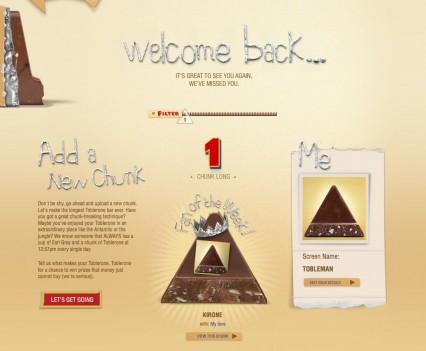 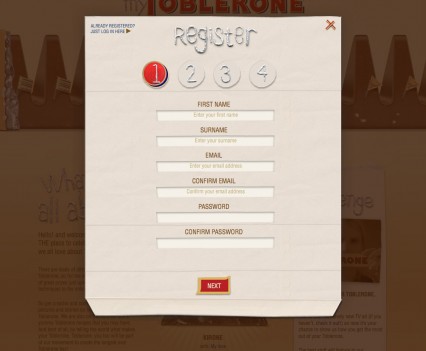 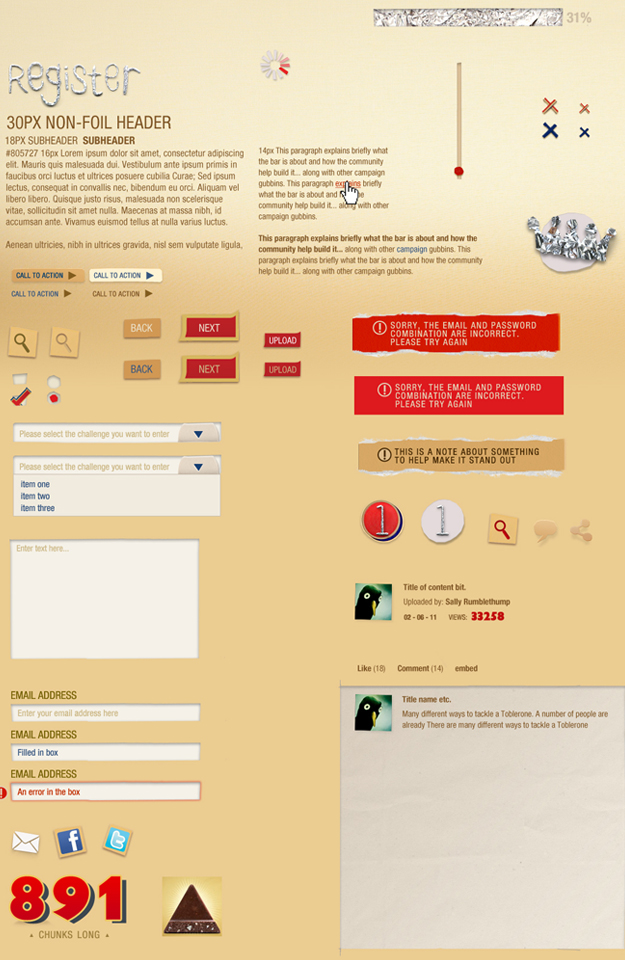